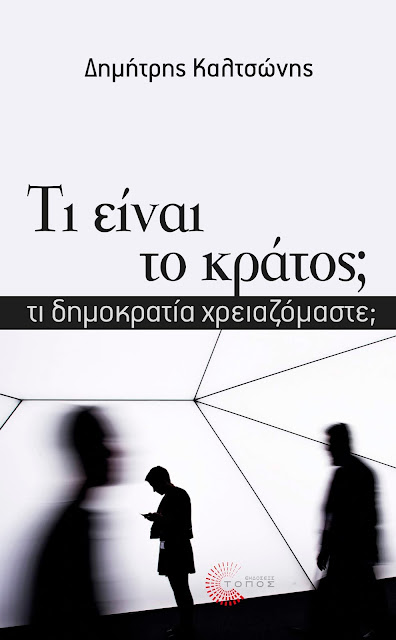 Dimitris Kaltsonis, professor of Theory of State and Law
Panteion University of Political and Social Sciences

Motion presented during the Convention of the Russian Society entitled “The national interests of Russia: global priorities, political strategies and prospects”, Moscow (Suzdal) 1-3/7/2014.

The contemporary, startling geopolitical developments taking place in the heart of Europe and in the Middle East along with the financial crisis plaguing Greece have led the public opinion of the country as well as the scientific community to rethink and perhaps reevaluate the relation between Greece and the EU.
Up until today the relation between Greece and the European Union was presented by the dominant political and law science as a relation among equal states. It was even implied that the country has willingly conceded part of its sovereignty so that the standard of living among the nations of the European Union could be increased and the stages of development could be blunted.
Now the socio-economic and political reality which was created by the financial crisis has facilitated the realization of a scientific talk which will be based less or not at all on apologetics. The financial crisis has intensified some already existing predispositions and phenomena. By leading them to extreme forms it actually facilitated the pursuit of the truth.
These are the basic conclusions which very clearly come to the surface:
1. A true inequality was always hidden behind the typical equality of the states members of the European Union. As is the case with domestic law, the typical equality actually constitutes the legal form of unequal relations, relations characterized by great financial differences, unequal exchange and exploitation.
2. Gradually, starting from the Treaty of Maastricht and on to the Treaty of Nice, of Amsterdam and last that of Lisbon, even the principle of equality among the states members started losing ground more and more. The introduction and extension of the qualified majority vote as well as other institutional changes14 have made it easier for the powerful states and primarily for Germany to impose their opinions and interests.
3. The harmonization of the laws of all the states members was in reality a process of indirectly imposing the juridical prototypes of the powerful states15. Even before the crisis almost 80% of the enactments voted by the Parliament were in fact the materialization of the guidelines stipulated by Brussels.
4. The unequal position of Greece in the European Union besides the obvious financial parameters has an institutional imprint as well. Greece plays a secondary, somewhat weak and at any rate supplementary role in the European and global economy and it has always been more or less dependent on the great imperialistic powers.
Over the years this fact has been imprinted in law. The article 112 of the 1952 Constitution, which secured privileges for the foreign capital is characteristic. This article was repeated without a change in the 1968 and 1973 constitutions of the Junta as well as in the article 9 of the Constitution Act, which marked the transition to democracy, and in the current article 107 of the 1975 Constitution.

The constitutional expression of the inequality of the country continued with the current article 28 and more specifically with paragraphs 2 and 3. The situation deteriorated when the interpretative statement was added in articles 28 and 80 during the 2001 revision voted by the two parties which held the majority. With this statement our legal system has ever since been unconditionally subordinated to the choices made by the European Union16.
However, other states members have adopted a more careful approach. France, for instance, through the phrasing of article 88 of its Constitution keeps a relative distance from the developments in the European Union protecting, in this way, its sovereignty17. In addition, the more powerful countries have the tendency to conform less to the guidelines given by the European Union18.
5. This whole context has had severe financial repercussions. It increased the distance between Greece and the developed countries, it destroyed its already weak industrial basis, it ruined the agricultural production, it led to a development model even more doomed to failure and it aggravated the social inequalities19.

Crisis and further restriction of sovereignty

With the onset of the crisis the situation deteriorated. The role of the more powerful states in the European Union was consolidated, as opposed to the weaker states, like Greece, which suffered greater loss of their sovereignty20. This process takes place either a) through institutional procedures or b) unofficially and by violating the existing laws of the Constitution.
So, the European Union and the Greek governments were not content with the imposition of financial supervision based on the article 126 paragraph 9 and 136 of the Treaty on the functioning of the European Union and with the financial control and the superintendence of our country. All the major decisions concerning the financial policy, among others, were and are still dictated by the executives of the European Union.
The various interventions have had an effect not only on the adoption of specific legislative choices and models, but also on the way the current law is interpreted and applied. The suggestions could even lead to the revision of the Constitution so that the creditors are preferentially satisfied. They take a permanent and institutional form.
On the other hand, the Memorandums and the laws that were voted so that these could be applied, the loan agreements that were signed by the government, which concede sovereign rights have exceeded all the provisions designated by the article 28 of the Constitution. All the legislative antipopular choices which originate from them, the Stability and Growth Pact (SGP), the modifications inflicted upon the state budget based on the creditors’ demands, the laws according which the salaries of the employees in the public and private sector were slashed, the fact that the collective bargaining and the related laws have been banned as well as the existence of a number of mechanisms imposed by the European Committee and the International Monetary Fund in order to supervise and monitor the legislative policy and the application of the law violate a number of articles in the Greek Constitution by order of the EU and the IMF21.
Violating the constitutional provisions was not enough for the EU. The marginal constitutional choices made, like that of the Papadimou government, the fact that the foreign centres determined the date of the elections and the imposition of an unofficial and singular unconstitutional state of emergency are additional aspects of this phenomenon. The interventions are becoming more and more blatant and cynic and sometimes they even extend on secondary matters.
These legislative choices impose a neoliberal model of socio-economic growth, already existing in the 1985 Single European Act and then in the Maastricht Treaty and its amendments22.
These policies are in accordance with the Greek governments and the Greek ruling class. They share a common strategy with the executives of the EU although certain aspects of this relation may sometimes affect partial interests of the domestic capital downgrading, in this way, its position in the international labour division23.

There are, however, contemporary constitutional and political experiences that are found on the opposite side of these choices, which have proven to be destructive for the national and public dominance. These experiences highlight how important it is for a country to equally contribute to the international affairs and in connection to this to preserve its vital revenues and wealth-producing resources.
Three examples are cited below
1. The 1999 Bolivarian Constitution of Venezuela a) with article 12 declared that the oil deposits and the mineral wealth, which are found inside the national territory and in the exclusive economic zone constitute public property b) with articles 302 –303 the nationalization of the oil industry was made possible, c) based on article 302 some more multinational companies became public. Similar provisions, if not so radical, can also be found in the Constitutions of Bolivia and Ecuador24.
2. Also, articles 171, 176, 178, and 190 of the Brazilian Constitution clearly reserve preferential treatment for the companies that are under Brazilian interests compared with foreign companies. This treatment extends on a series of very important parts of economy25.
3. The Constitution of Portugal which was adopted in 1976 after the dictatorship was overthrown, having taken into account the impunity shown by the multinational corporations during the dictatorship, also included a very interesting provision. Article 86 stipulated that “the law enforces discipline on the economic activities and the investments made by foreign natural or legal persons in order to secure their contribution towards the growth of the country in line with the Programme, and in order to protect the national independence and the welfare of the workforce”.

I firmly believe that if Greece is to overcome this financial crisis a radical change is absolutely necessary. This change, which will affect the correlation of the social and political powers, will eventually impose – through a process of Constituent Assembly resulting in the adoption of a new Constitution- a series of financial, political and constitutional modifications so that a) financial and political independence is achieved b) the international collaborations and alliances of Greece are rearranged c) the state as well as the political system are both subject to radical democratization d) banking and the strategic parts of the economy are nationalized e) the wealth is redistributed in favour of the weaker classes f) a different production model is developed26. 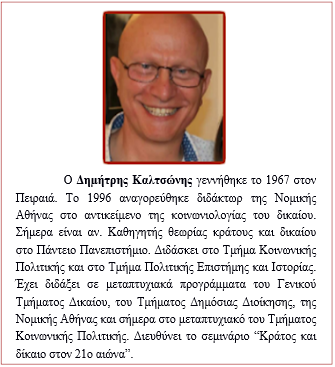